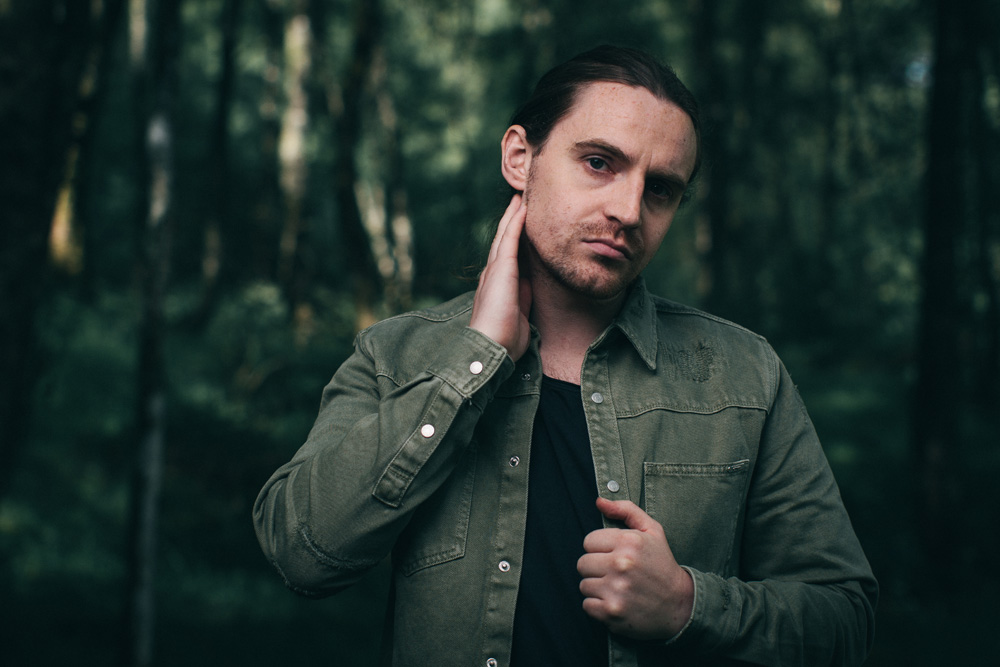 The most anticipated debut artist album of 2020 has arrived, as genius Scottish producer Will Atkinson delivers a seventeen-track LP that’s nothing less than a masterpiece. A body of music that seamlessly fuses trance, techno & drum n’ bass with progressive & poetry, ambient & acid and harmony & hard dance, it immediately vies for the tag of ‘timeless’. The ‘Last King Of Scotland’ (out 06/11) is a musical journey like no other, but also an intoxicating and often-hypnotic collection, which is a musical narration of Will’s own path. That of a patriotic, electronic music loving boy growing up in a far-flung corner before moving on, out and up to global recognition.

If there’s a bright centre in the electronic music universe, Orkney may very well be the island farthest from it. A virtual synonym for ‘remote’, it’s a one-club ‘town’, which presents a unique set of challenges to a DJ/musician wanting to send a message to all four corners. Sometimes though, the greater the test, the greater the spirit capable of being mustered, which was very much the case for Will. Over the airwaves, Orkney saw him hoover up all manner of dance music manna, before adulthood proved the final catalyst for his move to Glasgow.

Sharpening his genre focus, he reflects that the city “unlocked a new realm… The Arches, Sub Club, squat parties – long nights turning into longer days as I embraced, he says, the new raw, urban backdrop that would form and vandalise me into the producer and artist I am today”.

Will’s approach to his sets and studio work regularly have a ‘little-to-lose’ edge to them. An insurgent attitude that’s made him one of trance’s few real agents of change. Thus, if your first sense of ‘Last King’ feels atypical in any way, it’s for excellent reason. At his mellowest, Will’s productions regularly subvert trance’s staples, while at his most overt, they flat-out punk them. Over the last 10 years he’s thrown ever more effort in taking it out of its comfort zone, and in that pursuit, the ‘Last King Of Scotland’ may be its final reckoning.

Few then would expect seventeen dyed-in-the-wool trancers from him, but fewer still would anticipate the expanse of range he’s arrived with. Brave, heartfelt and instinctual when club momentum’s required, urbane, to the point of intellectual when it’s not, it’s the ultimate subversion of ‘the trance album’.

Hi Will, your first album – the Last King Of Scotland – is out now. What first and foremost would you like to tell us about it?
“30 years of passion, addiction and infatuation with Dance music. It’s basically a sonic walkthrough of my life. Where I’ve been, where I am and where I’m going”.

In basic steps, how the album was born?
“The idea was sprung upon me by my manager John Askew early 2018. I’ve always flirted with the idea of doing one but never felt satisfied enough with my quality of sound. I really hit good form around 2016 and became quite confident and independent in the sound I was producing. So before I could even try and talk myself out of it, I said ok. With the aim of releasing it around October 2019. That obviously never happened. There’s no way I could have let this album leave my studio without it being the best thing I’ve ever done. Then a global pandemic and blank gig schedule later, here we are”. 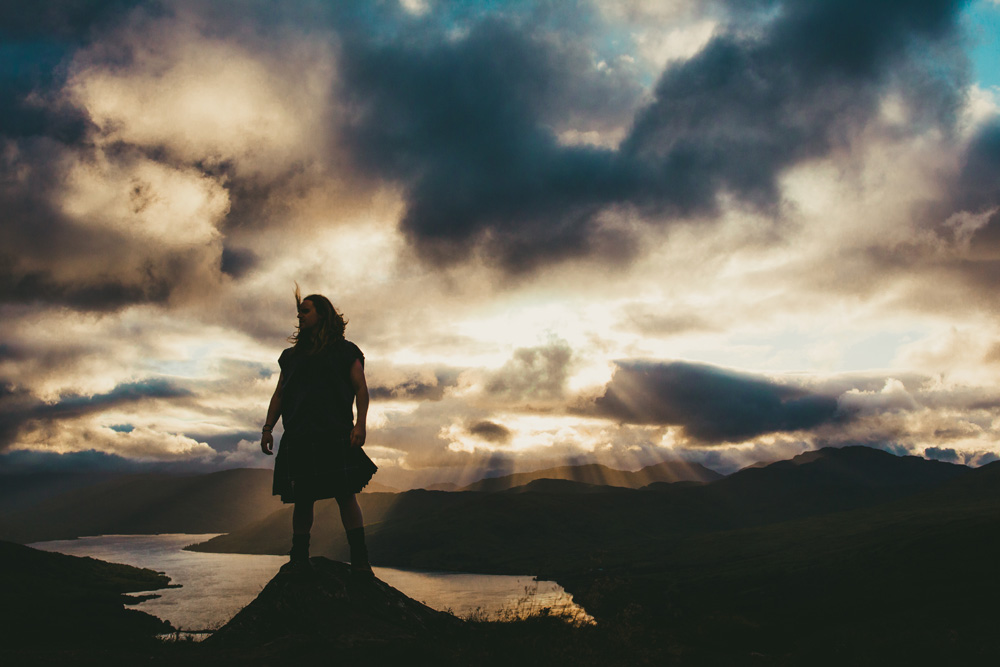 Typically, how did one of your productions from Last King Of Scotland come to life?
“If we’re limiting it to one production, lets talk about Kismet Energy. In the summer of 2018, me and my amazing girlfriend Lynsey, took a trip to California. After a sold out show in Los Angelas, we escaped into an oasis like town – Palm Springs. Off the back of a packed out summer schedule, we spent some much needed quality time together in the sun. Away from everyone. Time to switch off – just about. Halfway through the trip, I woke up at 5am with what I can only describe as pure aural exctasy lodged in my brain. Somehow in the deepest of jet lagged dreams, I had came up with chord sequence and it blew me away. It’s crazy how vivid dreams can be but also how quickly they can fade. I panicked. Scrambled out of bed, waking up Lynsey in the process. Grabbed my laptop and ran onto the balcony. We were facing east. So as the sun came up over the San Bernadino mountains, I retraced my steps and wrote down the chords which later formed the breakdown of Kismet Energy. A few weeks later, in my flat in Glasgow, I was getting ready for a night out. I pulled up the chords. Lynsey came running through. She has never done that before. And I’m always working on my ideas. She just leaves me to it. But these chords brought her through, asking me what track that was, and if it wasn’t a track, then I damn well better turn it into one. So Kismet Energy was born. Me and Lyns have very similar tastes from back in the day. And so this sort of became our track. Fortified by a Hard House backbone, those chords will always take me back to that balcony. Sun rising up, a race against time, on a salvage mission to retrieve them chords from the deepest of dreams”.

How do you think we can survive this moment of overpopulation in the music production scene?
“Innovate. Make music that’s going to change people’s lives. Otherwise, why are you just making background music?”.

How much do you feel producers should listen to the judgments of others without influencing their own creativity?
“Good question. Leave space for criticism and be open minded about ideas and feedback. The first demo of my old track “Leave A Message” sounded nothing like the final version. My manager John basically ripped the track apart and made me see so much more potential in the final product than what was already there. Take advice. Get over yourself”.

Is it right to underline the sound identity, the recognisability of an artist through his sound? If so, is this something you translated with the Last King Of Scotland?
“In a scene full of stagnant carbon rip offs – be a beacon of creativity. Work on your own sound and be fucking proud of it. So many rip off merchants out there. I’d much have other people imitating my sound than imitating anyone else”. 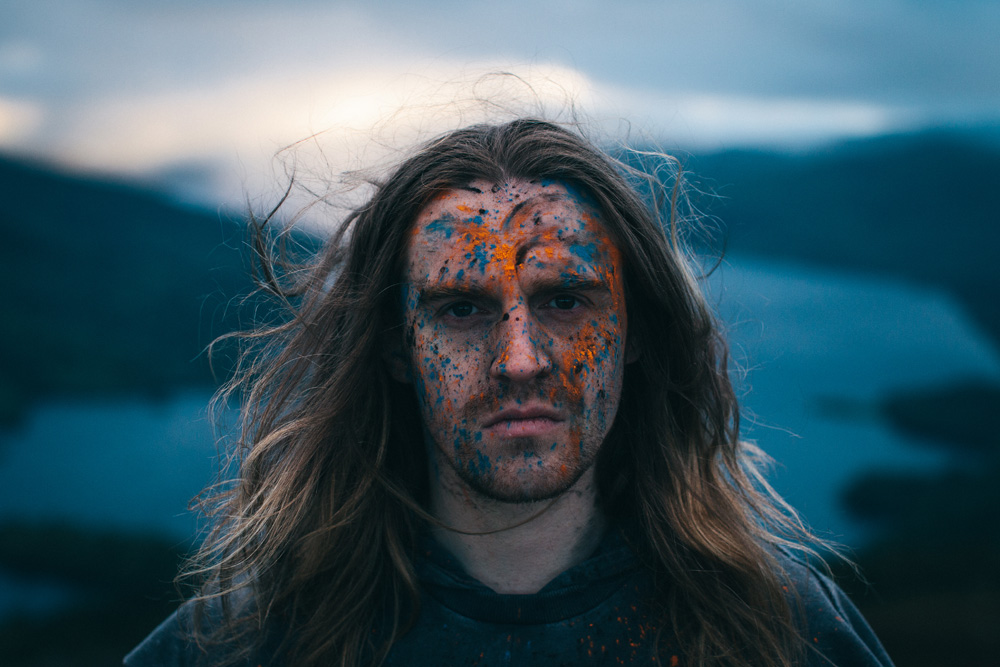 How important is detail in music production and what do you think the most detailed track on the album is?
“Attention to detail is everything. But keeping it simple whilst making it sound complex is the golden ticket”.

How do you think of the music production sector that could evolve in relation to the arrival of new technologies?
“I have no idea where it’s going. I’m just happy making music that resonates with me and hopefully people feel what I feel. I don’t like where the whole AI thing is going. Emotion, personal attachment and expression make up the soul of music. To have that ripped out would lose all meaning for me”.

Where can we really go, experimentally, from here? You are an artist well know for experimenting and taking risks, what do you think is the most experimental track on the Last King Of Scotland?
“Keep pushing the boundaries. Stop trying to be as good as your last track. Forget your last track. It’s been done. Reinvent the wheel evreytime. I’d say the most experimental track on the album is probably Unspoken Words. I wrote this with my mate in Glasgow. It’s an emotional time-lapse of how stubbornness and miscommunication can destroy everything. He’s a lyrically equipped wizard and I guess I’m handy enough on the drum machine. It’s emotional Scottish Hip Hop with a classy vocal from our friend Rhiannon McMahon. It’s a homegrown Scottish track too. So it ticks all boxes I suppose”.

Author staffPosted on 14 November 2022
Epic in size and scope, November 4 sees the 3 times GRAMMY-nominated singer/songwriter release her stunning new album collection. The follow up to the...
Read More