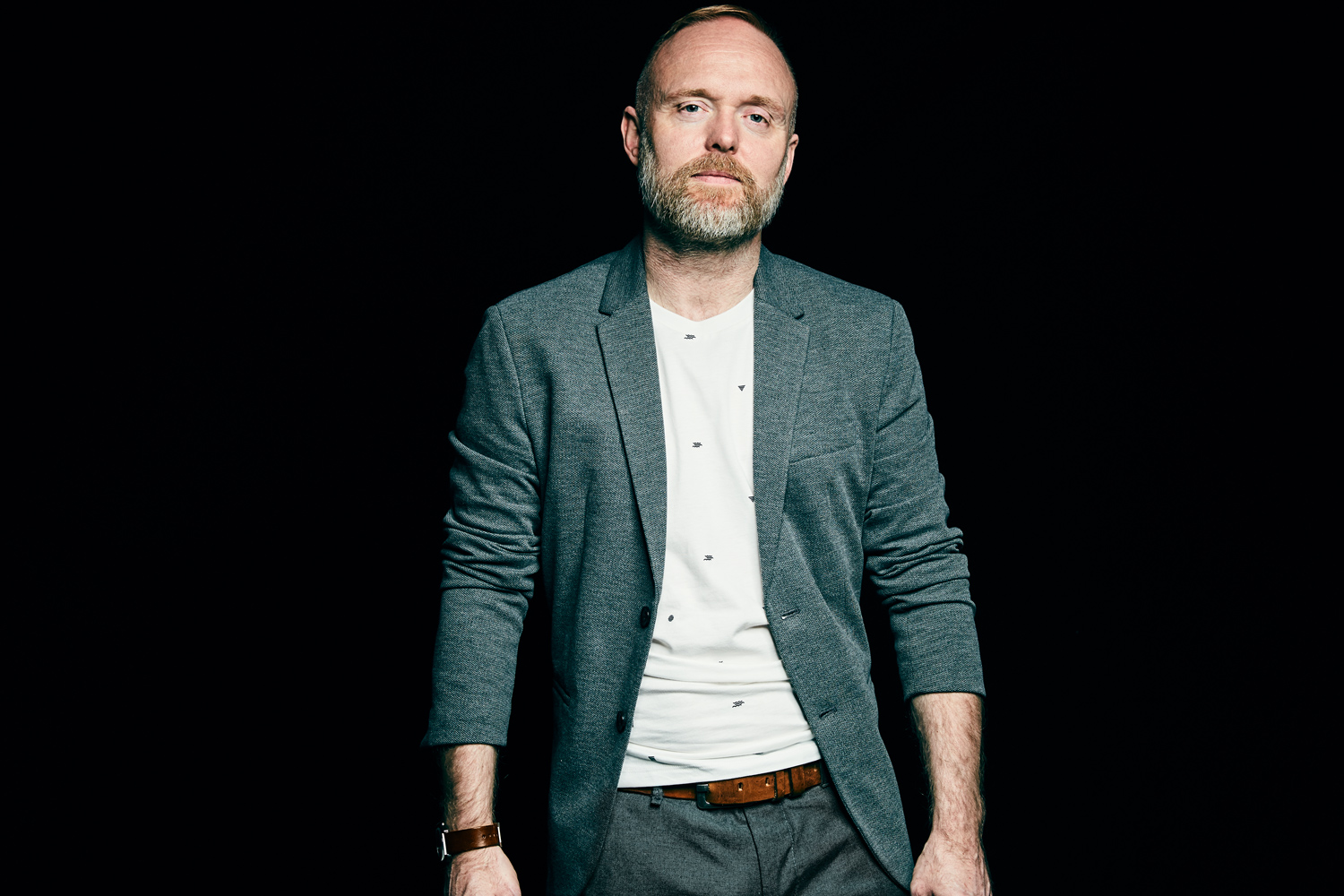 It’s been seven years – and some long ones at that – since Solarstone last designed and constructed an “Electronic Architecture”. While ‘EAs’ 1 thru ‘3′ maintained a regular release pulse, with each year that followed 2014, the series’ absence has been felt evermore acutely.

Whilst never down to one factor, Pure Trance’s capturing of the scene’s zeitgeist, and the unchecked success that followed played no small part. Like ‘island’ (last year’s out-of-nowhere Solarstone LP), its return though is down to something far more appreciable. The last twelve months have brought a step change in electronic music needs and with ‘Pure Trance’ receiving a well-earned mix-sabbatical last autumn, it’s allowed the cultural time, space and climate for something many had consigned to Solarstone legacy.

Aside from the pulsingly positive multi-coloured lights that emanate from within its cube, the ‘Arthitecture’ of the fourth ‘Architecture’ is visibly more brutalist & current-day resonant than its predecessors. Its musical remit though remains timelessly unchanged. Tonally & thematically, ‘EA4’ owns the equidistant middleground between the ‘Northern Exposure’ and ‘Renaissance’ albums. Never seeing the electronica-extremes of the former, nor quite as floor-intense as the latter, their progressivism hits the perfect median between. 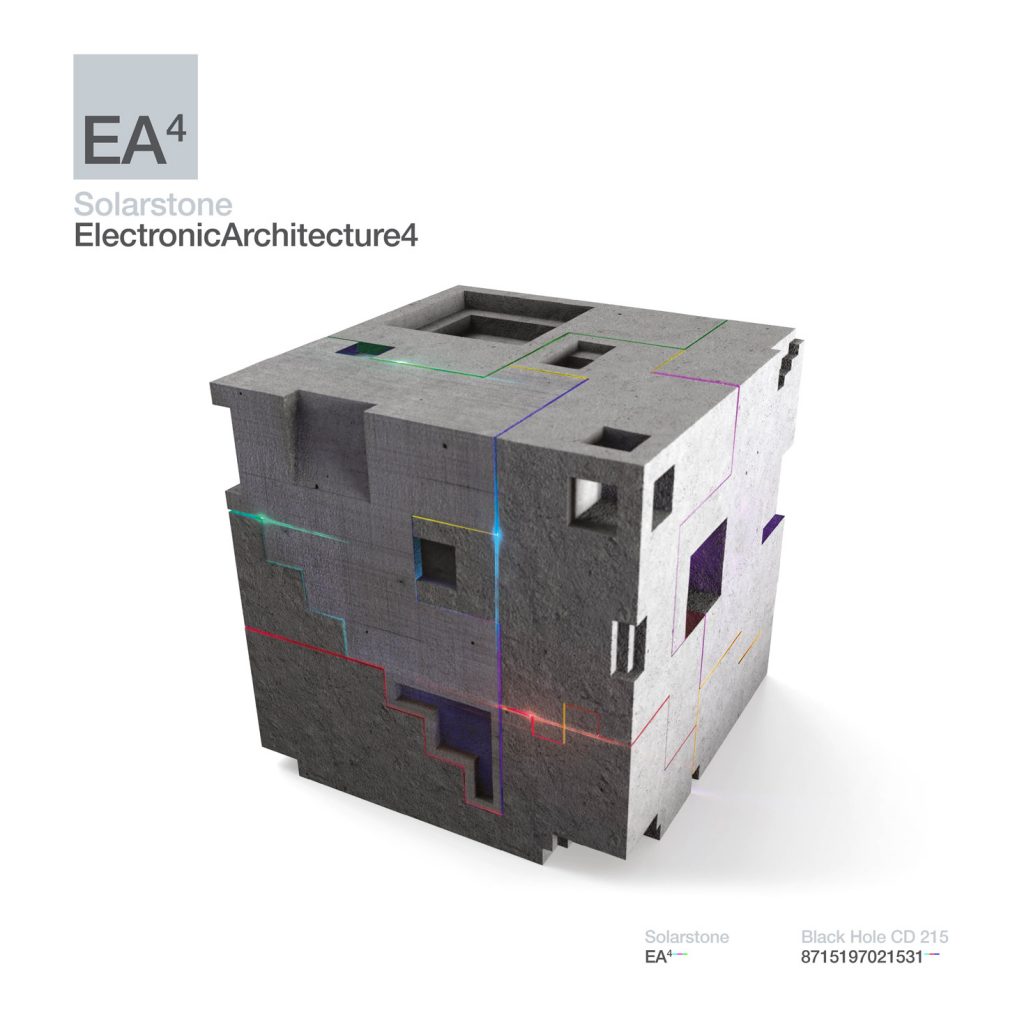 Despite being offered as a physical item (how could something this beautiful not!), digitally ‘Electronic Architecture 4’ has been devised as a start-through-finish listening experience. The new nonpareil of the kick-back-‘n-musically-trip encounter, its soundscape has few – if any – modern parallels.

As ever the musical backbone of this new release is made up of creatives who’ve cut their teeth on previous Solarstone projects and new talent, freshly recruited to its ranks. In regard to the former, new music resounds from the likes of Lostly, Basil O’Glue, Stoneface & Terminal, Super-Frog Saves Tokyo, Forerunners, Nick Silvestri and others. To its new-talent-latter meanwhile, Solarstone has gone further than ever before in uncovering it. As well as welcoming an influx of new music through the front door, he scoured the Internet’s forum-highways & Bandcamp-byways in search of promise. When he found it – even in its most embryonic form, no effort was spared to cultivate it for ‘EA4’. Case in point, ‘Equilibrium’ – the album’s penultimate track. Nominally a one-minute software demo from technologist Dreams Of Wires, Solarstone worked with just the briefest of melody ideas to bring Dreams his first fully realised production.

Whilst on its comeback-track, ‘Electronic Architecture’ experienced more than its fair share of stars-aligning moments. Halfway into production, regular Solarstone collaborator Alucard announced the end of his retirement by dropping an album’s worth of material into ‘EA’s demo box – several of which found their way into its mix. Richard also stumbled across a twelve-year-old ‘lost-tape’ track from Vincent Lewis (who – fact-fans – went on to direct Solarstone’s ‘Electric Love’ video!). In essence a musical time capsule dating back to ‘EA’s most embryonic times, ‘Pulse Train’ became part of the album’s opening stages. ‘We’re Descending’ – Lostly’s stunning latest – arrived within hours of Rich needing something to further a moodier tranche, whilst opening track ‘Lament’ by Super-Frog Saves Tokyo’s landed a day after the project commenced. In timely fashion the album also hosts new Solarstone production ‘Pale Blue Dot’, his & Orkidea’s sixth ‘Slowmotion’ and Kryder’s desk-hot remix of ‘island’s ‘When I Dream’.

Key as ever to ‘Electronic Architecture’s constitution are Solarstone’s own Reconstructions – eleven of which feature over the duration. Not remixes, re-edits or re-imaginings exactly, they are versions that bring incredible tracks into line with the series’ sonic ethic, as Richard does everything from tweak to wholesale reconfigure them to fit.

Timelessly picking up exactly where ‘EA3’ left off – whilst also giving us a highly desirable musical anchor to the last decade, the fourth epic ‘Electronic Architecture’ walks among us from May 14. Is the greatest mix-album of the year here already!? May just be… but there’s only one way to truly find out. (https://solarstone.complete.me/ea4)

Author staffPosted on 10 December 2022
Long before lockdown, Dennis Sheperd was way ahead of the conversational curve, addressing the areas of mindfulness and mental wellbeing through his 2015 album,...
Read More

Author staffPosted on 26 February 202126 February 2021
Right on the cusp of ’20 turning ’21, artistic all-rounder and regular over-achiever Pavel Khvaleev introduced us to his new world of electronic music...
Read More