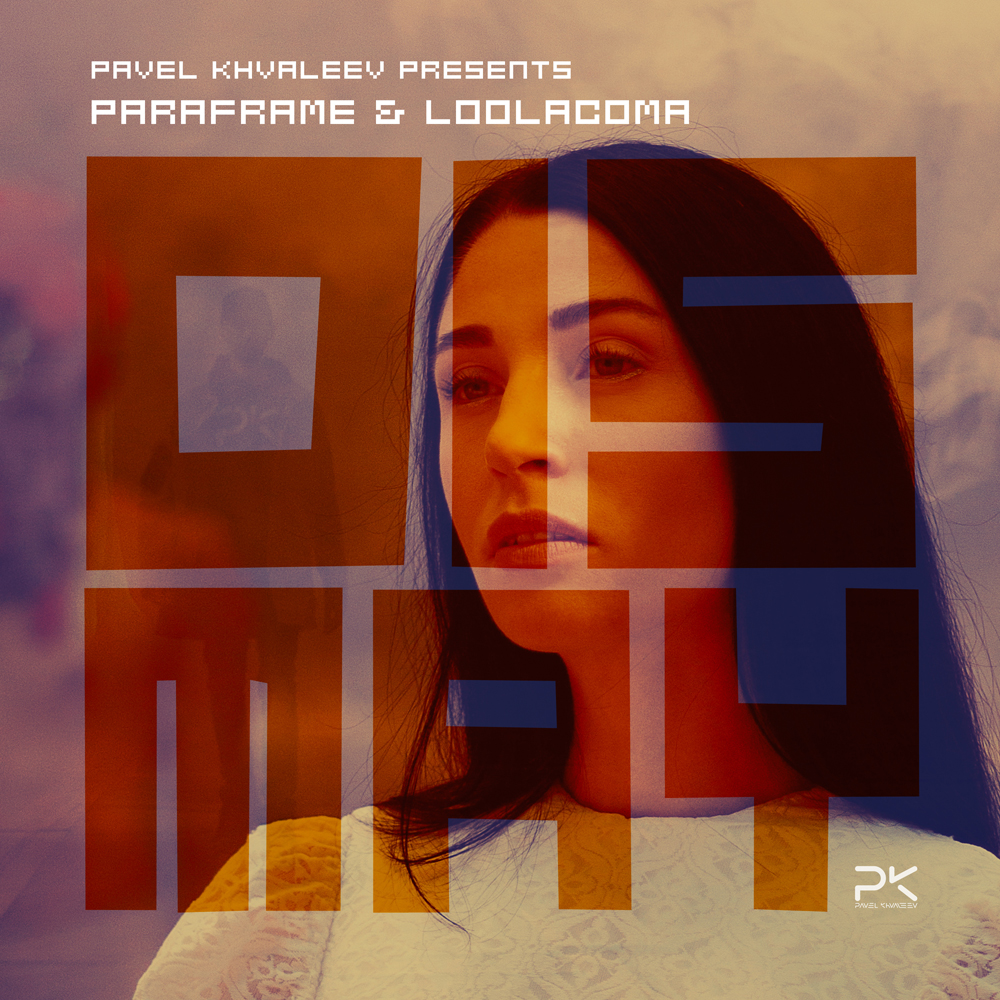 Right on the cusp of ’20 turning ’21, artistic all-rounder and regular over-achiever Pavel Khvaleev introduced us to his new world of electronic music ideas. Under the PARAFRAME name, the alias has become his vessel-of-choice to bring us more eclectic and subversively tailored audio. With the emphasis off the clubfloor and on everything else, it’s freed him to venture to the musical outer limits.

January’s dawning brought us his team-up with Abra Taylor, who summoned a storm on ‘Sappho Blend’. As we march into March, Pavel’s ready to put PARAFRAME back in the game for the project’s second cypher. It finds him in partnership with a singer who, under a number of her own aliases, can now be in everyway considered his muse.

To date, Loolacoma (aka Aleksandra Khvaleev) has lent her ethereal, unforgettable – and possible now even unmistakable – tones to a dozen or more of Pavel’s works. With vocal resonances touching on everything from Portishead to Nina Simone and a production that at times echoes DJ Shadow, Goldfrapp and others, ‘Dismay’ weaves its spectacularly lament-laced spell. Cultural, political or personal – the exact meaning to Loolacoma’s lyrics are left deliberately implicit, leaving ‘Dismay’s exact meaning open to the individual’s interpretation.

While we said “not initially floor-centric”, Pavel Khvaleev remix does see the noir Grandmaster place it on a clubfloor footing. Looped vocal cuts, ominously warped pitch bends, uncompromising bass and jacking rhythms all conspire to set light to the darkest corners of the club.

PARAFRAME and Loolacoma’s sombre but sumptuous ‘Dismay’ is out today and is available to stream or buy here.

Author staffPosted on 2 September 2022
Following the release of the Diana Miro-sung ‘Hear Me Out’ earlier in the month, Cosmic Gate put the ‘MOSAIIK’ cause momentarily on pause, in...
Read More

Cosmic Gate Feat. Diana Miro out with “Nothing To Hide”

Author staffPosted on 10 August 2021
With the ‘MOSAIIK Chapter One’ LP set to hit stores and streaming platforms on August the 20th, the third precursor single from Cosmic Gate’s...
Read More

Author staffPosted on 13 October 2021
As pretty much everyone in trancedom knows, John 00 Fleming is not adverse to the epic. There is though the epic and then there’s...
Read More