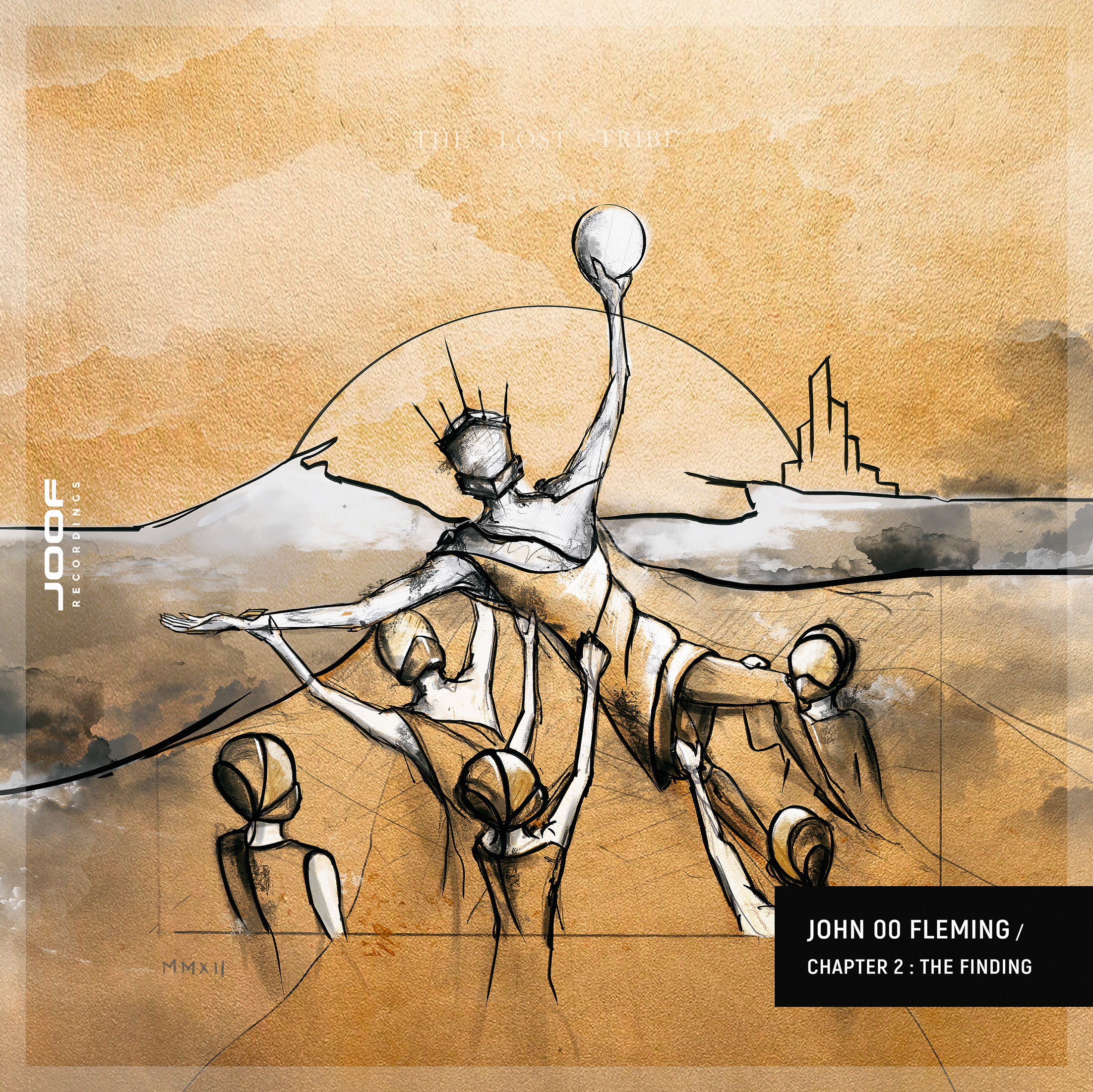 In mightily unambiguous form, March saw John 00 Fleming’s end his two-year release sabbatical with ‘The Explorer’. Given its ‘Chapter 1’ prefix, at least something of what was to follow could be divined. With Mr. Fleming playing most of its cards chest-close though, the track’s arcane meaning still had a whole lotta unknown to it.

Whatever the first Chapter’s Explorer was on the hunt for though, seems he’s pinpointed it, as its next instalment, ‘The Finding’s ready to relate.

Again sporting bespoke hand-drawn, JOOF-commissioned artwork, its imagery says much about the reception the story’s Explorer received on arrival. It’s the centrally staged vocal however that provides the track’s most clear-cut of revelations.

Over nine-minutes, John wraps that disclosure in a dark-trance depth charge of a production, which pulses with super-low frequency bass, drum-scud & prowling FX. It amps its ether up further with metal-on-metal percussion & sculpted synths, and ones that rarely shy from the ominous. Here we enter the spoiler-free-zone as – come the midpoint – The Explorer himself unveils his purpose.

Is all as it appears? Only time (and future JOOF Chapters!) will tell, but for now the revelatory ‘The Finding’s available to stream through Spotify here (http://open.spotify.com/album/5e75Qrigl9QOpwApjGtn5O).

Author staffPosted on 7 January 2022
Putting 2022 on notice, Richard Durand follows up his HALIENE-sung ‘Give Your Heart A Home’ with a new, every-bit-as killer team-up with Christian Burns....
Read More

Author staffPosted on 25 January 2022
While unmixed, in both approach and structure, ‘Reactivate’ is probably Richard’s most ‘music-compilation-like’ LP to date. As such, its earlier moments are largely given...
Read More

Author staffPosted on 2 December 2020
Mirroring a musical region that’s had a particular impact on him has been the M.O. of Sneijder’s ‘Afterdark’ album run since it embarked back...
Read More

Conjure One & Jaren out with “Animals”

Author staffPosted on 24 May 2021
Rhys Fulber may not make them all that often, but when he does, they’re never less than extraordinary. Having had the Conjure cause on...
Read More