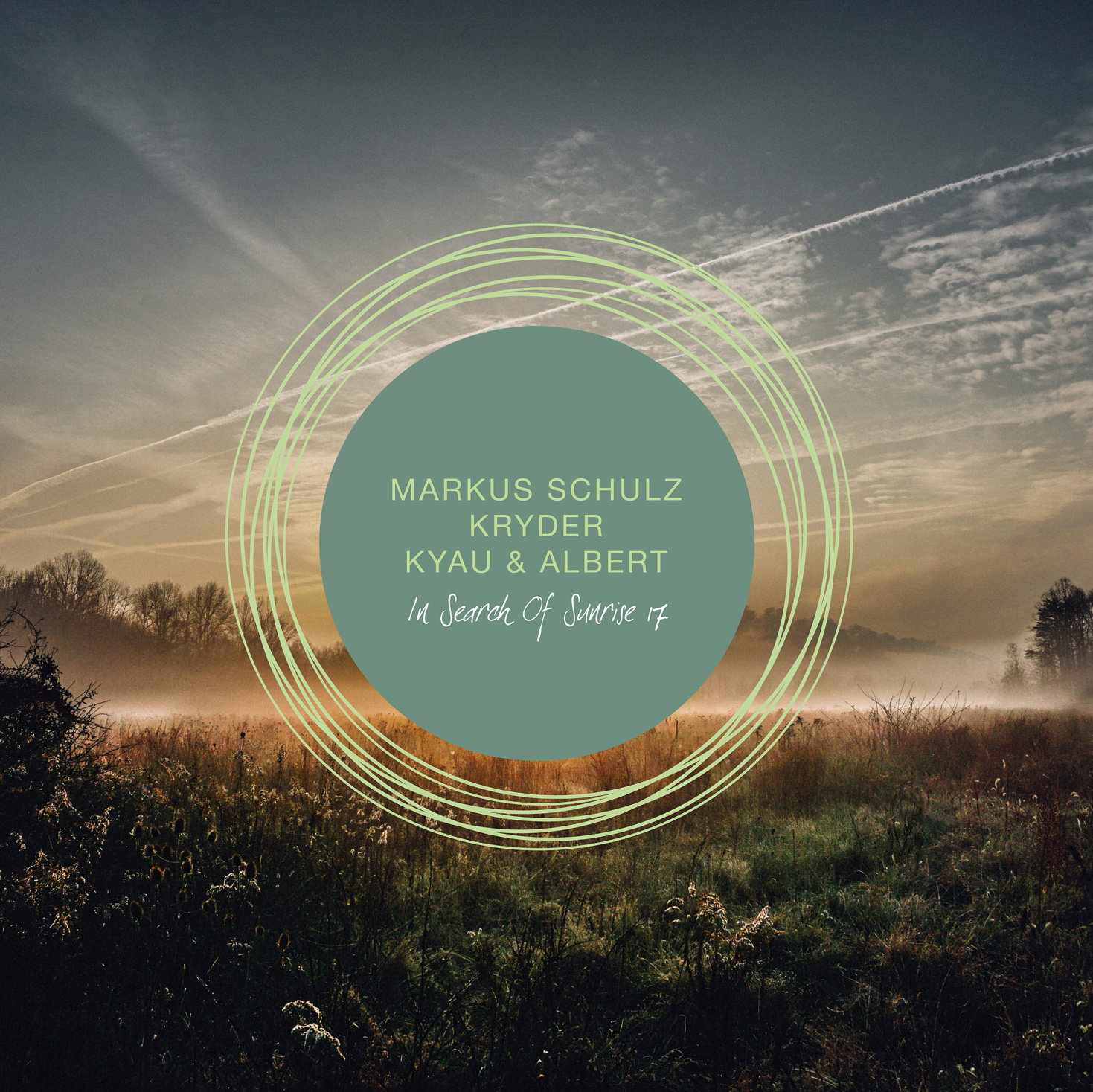 August 27 sees the musical mark of high-summer return, and ready to soundtrack peak season with three more sunrise-portraying mixes. As ever ‘In Search Of Sunrise’s gatekeepers’ Black Hole Recordings have been meticulous in their selection of 2021’s questers. One shoe-in, naturally, is Markus Schulz, here helming his fourth mixpedition, and again bringing it – both from his own and others hands, a cornucopia of new material. The release’s mid-disc general is a man well known for his multi-lane approach to electronic music. Of late, Kryder’s been laying down some of his trance-proggiest in years, making the timing of his ‘ISOS’ call-up, to-the-minute perfect. Assuming this year’s ‘how has this not happened before?!!’ slot is Kyau & Albert, who take the reins of the last disc to deliver an hour & twenty of luminous and innately ‘ISOS’ audio.

Through their combined compiling skills, ‘In Search Of Sunrise’ latest trip is lit with a glorious array of musical offerings, both from inside the trance realm and out. Among them you’ll find sonics from heavy-hitters like Above & Beyond, Solarstone, BT and Andy Moor, classic names like York, Darren Tate, Johan Gielen and Mesh, as well as newer entities – Tinlicker and Dosem among them. Also bringing ‘ISOS 17’ their latest studiowares are Schulz, Kryder and Kyau & Albert, often in an exclusive and sometimes even purpose-built capacity.

With a reliability that lends a sense of all being right with the world, ‘In Search Of Sunrise’s epic seventeenth edition arrives at stores, doors and on streams August 27.

Markus Schulz is never a man to do things by halves, least of all when it comes to his stewardship of ‘In Search Of Sunrise’. That’s born out once again in 2021 through a dedicated and exclusive array of his own dawn-beckoning best.

On completing his 2021 mix, Markus remarked: “It is a privilege to make a contribution to the highest calibre of mix compilations for the fourth time. ‘In Search of Sunrise 17’ is the culmination of a year’s careful preparation & composition and is an expression of my love for the art of trance music”.
At his mix’s outset are new M.S. recordings ‘The Fourth Star’ & ‘Return From The Sand Sea’, as well as his purpose-built ‘In Search Of Sunrise’ revisions of ‘Crystallize’ from DT8 Project and Christian Burns ‘The Magic’. That sets tone & scene for a hot-run of tracks from the Coldharbour crew, with Markus finding space for the latest material from Anske, Mike EFEX, Daxson, NOMADSignal, Dan Thompson and others. Always ready with the big finish, the closing sequence premieres his studio-fresh creations ‘Lisbon’ & ‘Lost Multiverse’, as well as a devastatingly unforgettable Schulz spin on BT’s ever-poignant ‘Remember’.

Making his ‘ISOS’ debut, Kryder will have you at ‘hello’, with the (could-hardly-be-more-fitting!) ‘Sun In Your Eyes’ by Above & Beyond. Dosem’s ‘Eternal and ‘Amongst The Gods’ from Dusky conjure images of those final pre-sunrise minutes, before Ben Böhmer’s reworking of Jan Blomqvist’s ‘The Space In Between’ sees the prog-trance rays emerge. Cruising into its second half, Kryder brings in some meta gold through MEDUZA’s reimagining of Lifelike/Kris Menace classic ‘Discopolis 2.0’ and Tinlicker x Robert Miles’ ‘Children’. From there – through some of own remix work, the Englishman reaches to the horizon, as York’s ‘The Beach’ and Solarstone’s ‘When I Dream’ cast the tranciest of thralls.

Says Kryder of his ISOS assignment: “it’s a real honour to be part of such an iconic album series. I loved putting together my mix for ‘In Search Of Sunrise 17’ – a melodic journey through deep progressive dance music.”

Equal to the task of ‘ISOS’ 2021’s prestigious tie-off disc mix are Germany’s Kyau & Albert – a duo whose music has been gracing the series near enough since its inception. Across nineteen tracks they essay an as-classic-as-they-come interpretation of ‘Sunrise’s themes, commencing with the epic overtures of Cressida’s ‘World’s Lullaby’. ‘Silhouettes’ by Francesco Sambero, ‘Flyaa’ from Hello Machines and Gate 44’s ‘Journey’ start to lighten the sky, before K&A’s 2021 revision of their own legendary ‘Outside’ fully heralds the dawn. They conclude their ‘Search’ with much music from their own Euphonic label associates, inc. new sun-tipped productions from Steve Brian, Bryn Liedl and Ron With Leeds.

–Of receiving their ISOS stripes, Kyau & Albert commented: “When we were asked by Black Hole to compile and mix a CD for the this ISOS release, we were so happy. At that time we were in lockdown and making music pretty much every day and this positive news really gave us an extra lift! ‘In Search Of Sunrise’ has always been something special for us – it’s great to now be a little part of it.”
“In Search Of Sunrise 17″ mixed by Markus Schulz, Kryder and Kyau & Albert is out August 27. It’s available to pre-order/save here, now (https://blackhole.lnk.to/isos17). Summer just wouldn’t be summer without it…


‘In Search of Sunrise 17 tracklist:

Cosmic Gate Feat. Diana Miro out with "Nothing To Hide"

Author staffPosted on 9 September 2022
Crowning high summer in the time-honoured (and frankly only decent!) fashion, this year’s ‘In Search Of Sunrise’ is on the none-to-distant horizon. Its 18th...
Read More

Pavel Khvaleev embarks on a new album odyssey with “Inhale”

Author staffPosted on 2 November 20212 November 2021
“No, not a lockdown album”, smiles Pavel Khvaleev, albeit with enough emphasis to leave little doubt. When though is an album project, with some...
Read More

Author staffPosted on 14 November 2020
Leandro Da Silva has been a tenacious force on the electronic music circuit for a commendable number of years, known for his groove-inducing rhythms...
Read More